Today we received a fantastic sighting of one of the 200 sandwich terns we individually colour ringed in August and September on the Ythan Estuary. We have had 65 sightings, mostly locally and 5 separate sightings in France in October and November. Since then all has been quiet until I received a very welcome email from Mark Boorman, a ringer in Namibia, to say that he had seen EFK at the salt pans where he studies terns – a distance of 8,979km. Mark has previously caught birds that we have ringed as chicks in the colony on the Ythan. 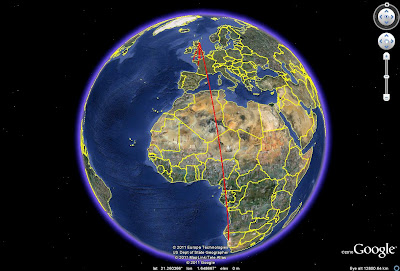 During the autumn catches we caught over 50 ringed birds from elsewhere in the UK, many of which we have now received details from the BTO. Most of these birds have come from colonies on the Farne Islands in Northumberland, the oldest being 24 years old. 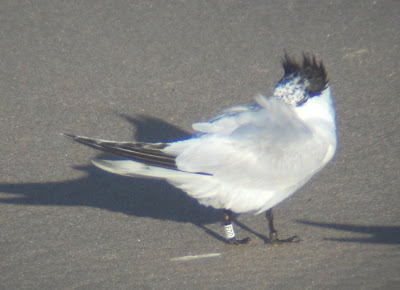 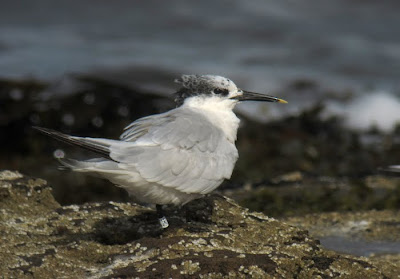 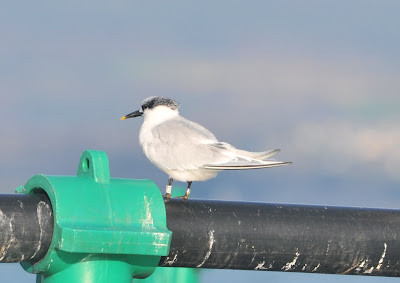 Hopefully we'll get some more sightings as they return in the next few months.

Posted by Grampian Ringing Group at 22:01