4 species were new for the group, Scaup, Red Grouse, Whimbrel and Paddyfield Warbler

The top ten species ringed were -
Posted by Grampian Ringing Group at 22:54 No comments:

Following an amazing email forwarded to me the other night by Raymond, I thought I'd share this story in the hope that it might encourage folk to seek out and ring or photograph Waxwings. Who knows, it might result in a few more amazing emails? 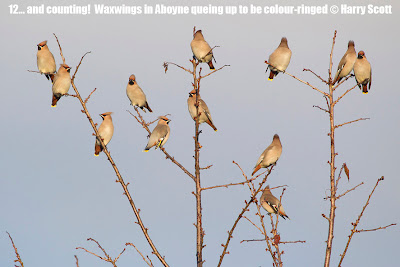 It all started on 31st October 2012; Raymond circulated an email warning us that Waxwings were on their way! Amazingly, on 6th November I heard a single Waxwing fly over my house here in Aboyne, Aberdeenshire, so I dashed out and stocked my garden with berries and fruit in the hope of attracting a flock to ring. Over the next two weeks Waxwing numbers around my housing estate gradually built up to 35 birds feeding on the berry trees in neighbouring gardens. On 18th November, once the flock appeared settled, Ian Halliday and myself mist-netted and colour-ringed 3 birds of the 28 present that day, tricky conditions but at least we’d made a start!

By 24th November I’d managed to get the flock feeding on the ground, this time Ian and I were joined but Anna Redpath and her family when we successfully woosh-netted 17 of the 21 birds present that day.

Finally, on the 26th November, I hit the jackpot; the flock started feeding in my garden! 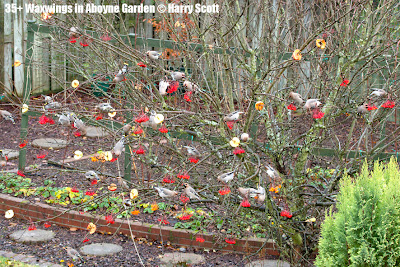 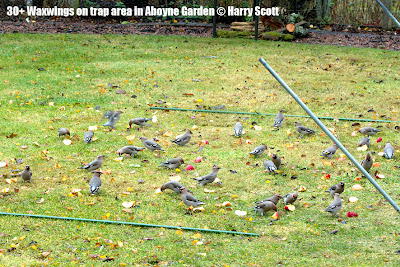 During the early hours of 27th November I managed to assembled a crack team of local ringers (Walter Burns, Alistair Duncan and Brian Pirie), when the flock of 32 birds descended, we successfully caught 31 of them! A brilliant result I thought… time to sit back and watch / photograph them I thought… 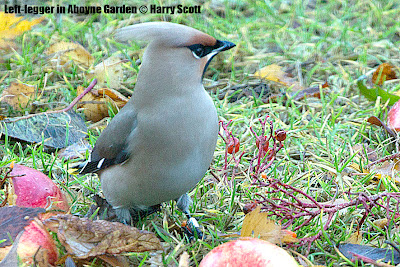 How wrong could I be! The very next day (28th Nov), I immediately notice several un-ringed birds in the flock, AND… what looked to be a foreign ringed bird!!!  'Life' was instantly put on hold! All efforts were focused on catching the foreigner!  Luckily for me, the first bird caught on the 29th November was the foreign ringed bird which turned out to have a Stavanger ring – a stunning result! 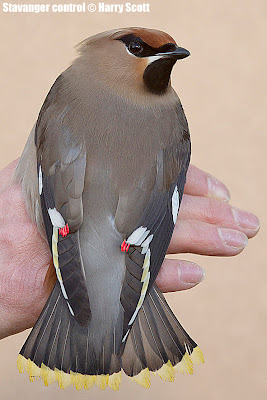 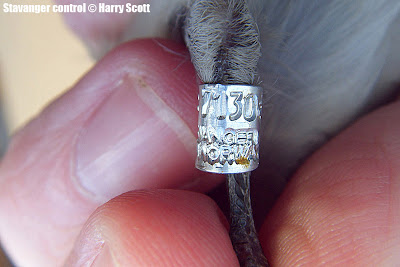 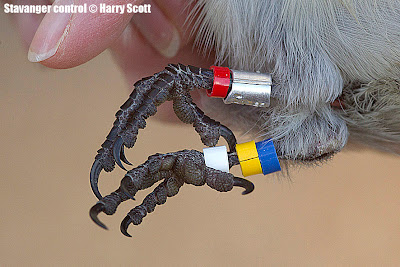 So… now could I relax? Nope, unfortunately not. I had to go away for the weekend 1-2nd December and my supply of fruit was pretty much finished, so I put ‘work’ to one side for a couple of days and concentrated on catching and colour-ringing as many of the new birds which joined the flock each day. Finally… just an hour before I had to go away, I ran out of colour-rings and a total of 59 Waxwings (including the Stavanger control) had been colour-ringed on my estate!

When I returned home on the Monday the flock had unfortunately departed. So, with the birds now gone, what next? Well… almost immediately I started to receive emails, sometimes with photos attached, reporting our Aboyne birds from other locations!  Initially, birds were sighted nearby in Aberdeen, soon afterwards they were further south in Dundee. 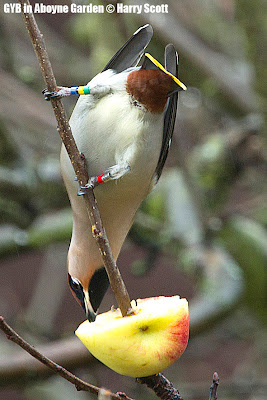 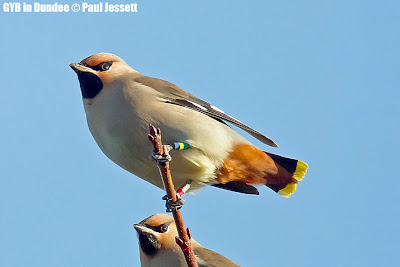 Then BOOM, out of the blue, one of our birds appeared in Northern Ireland! Just the 3rd time a colour-ringed Waxwing has been re-sighted in Ireland - I was so chuffed, what a brilliant result! 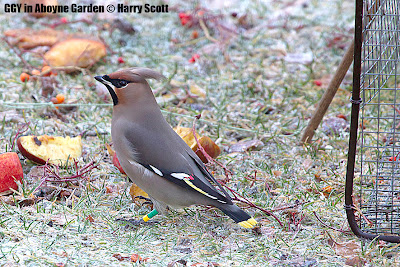 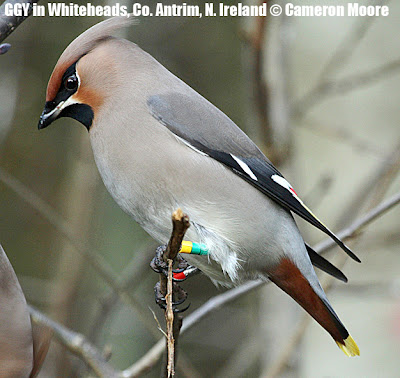 BUT… as if that wasn't good enough, that report was quickly followed by another bird appearing in Kilnsea, East Yorkshire! Then, more recently, a bird appeared away down south in Essex! These are all unbelievable results considering we ringed just 59 individuals!

Well, like me, you're probably thinking it can't get any better than that?  Hmmm… the story continues I'm afraid!  Yep, at about 10.30pm the other night… it got a whole lot better! Raymond forwarded an email from a Hjördis Drexler…. yeh, tell me about it, even the boggin name got me totally freaked out!!!  With a stunning photo attached to his email, Hjördis was just informing us that he'd seen and photographed one of our Deeside Dazzlers near his home in Stade, GERMANY!!! This is only the third Waxwing to have ever been recorded travelling from the UK to Germany – another mind-boggling and surely ultimate result from our efforts here in Aboyne last autumn…. oooor is it? 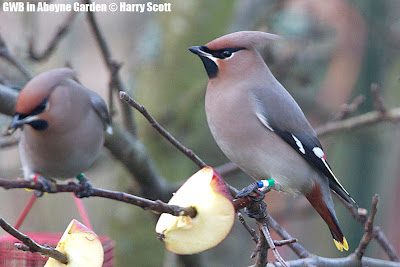 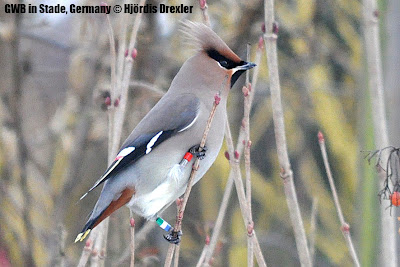 If you can check or photograph any Waxwings for colour-ringed birds it would be much appreciated? As you can see in the map below, our 59 Deeside Dazzlers could be just about ANYWHERE now? 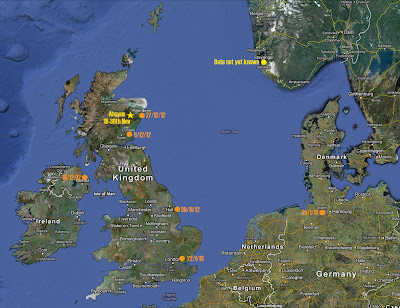