Waxwing fever is definately building within GRG. Flocks of 300 or more have been seen throughout the city and much of the week has been spent planning the weekend's catching efforts. So far a single bird was colour-ringed yesterday and news just in is that 13 waxies have been caught in Ballater by Raymond and co. It's going to be a busy weekend!
Posted by Grampian Ringing Group at 09:44 No comments:

A "Trippie" up North

A “trippie” up North to Peterhead and Fraserburgh is always fun, whether it’s cannon netting waders, spring trapping rock pipits or just looking for rings to read. Recent excursions have produced a few interesting sightings.

Several of “our” shag chicks now fledged and doing fine. 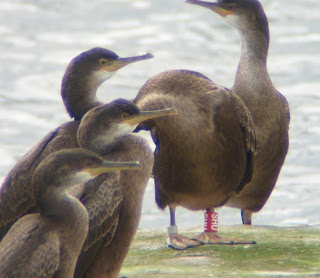 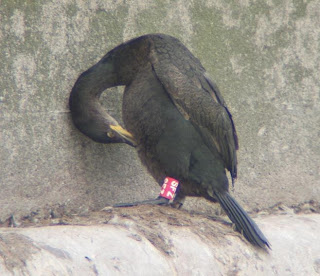 Scandinavian GBBGs, 2 chicks ringed in southern Norway in 2009 + an older bird ringed as a chick in 2001 at Vardo in the north of Norway. We received a quick response with excellent feedback from Nils Helge Lorentzen which included a weblink http://www.ringmerking.no/cr/ which offers past and any future information on the ringed birds reported. We still await information on a Scottish darvic ringed chick. 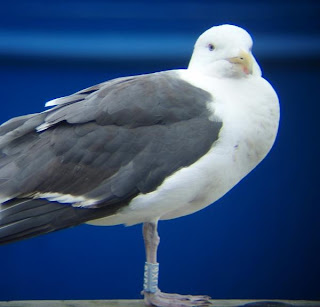 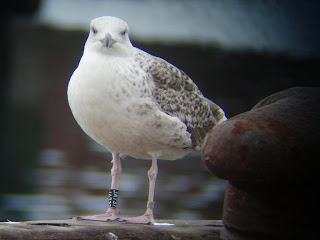 We did finally manage to ring a trapped shag from the fish box cage because Raymond remembered rings (Jane chose the comb!), but alas he didn’t have rings for the juvy cormorant (ggrrr)! 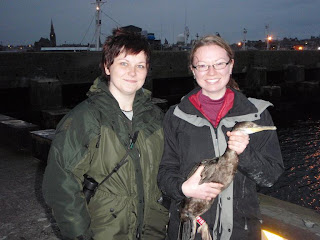 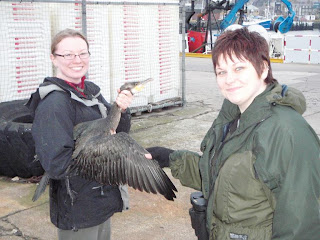 Hannah and Jessica with a juvy cormorant and juvy shag ringed PIS.

Strong south easterly winds have brought in excellent numbers of migrating birds this autumn, giving us good oppurtunities for ringing. Along the coast we've been catching birds such as Goldcrests, Robins, Blackcaps, Flycatchers and Redstarts. 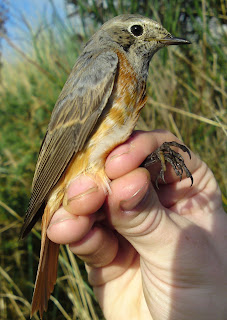 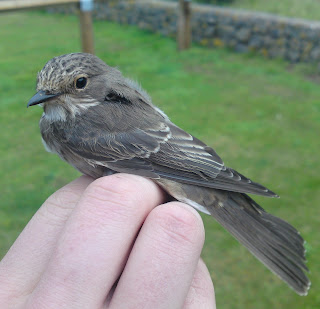 We've also ringed some less common species, such as Lesser Whitethroats and a Reed Warbler. Despite these species abundance further south, these birds are relatively scarce in the north-east. With regards to rarer migrants, A Blyths Reed Warbler was ringed at the end of September and today a Pallas’s Warbler. 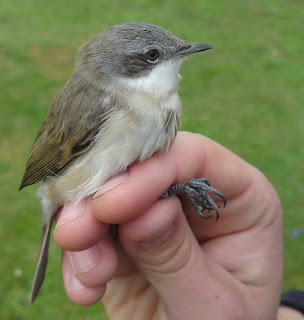 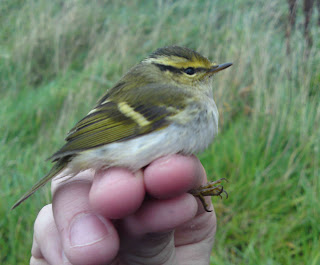 Other interesting birds that have turned up on the coast have included a leucistic (ginger!) Meadow Pipit, and a very nice Long-eared Owl. 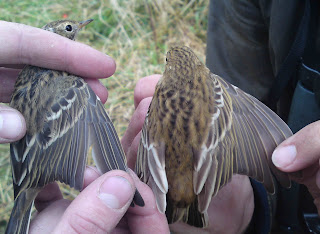 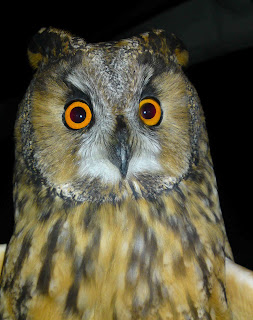 Posted by Grampian Ringing Group at 21:32 No comments: