Gulls on the move 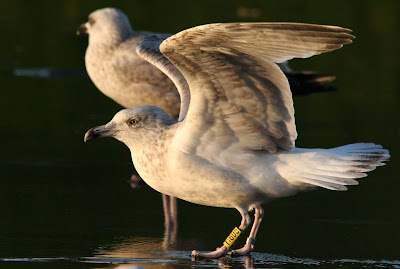 We are now getting some interesting sightings from the gulls we've been colour ringing since the summer. Most of our sightings have been from Herring Gulls around Aberdeenshire, however some have gone further afield. We've had two, both ringed on the same day, seen in England, one at Greatham Creek, Teesside and one at North Hykeham, Lincolnshire. Going further south was Herring Gull T:228, ringed at Torry in August and seen in Boulogne-sur-Mer, Pas-de-Calais, France four months later. This is only the second Grampian ringed Herring Gull recorded in France, the previous had been ringed as a chick. 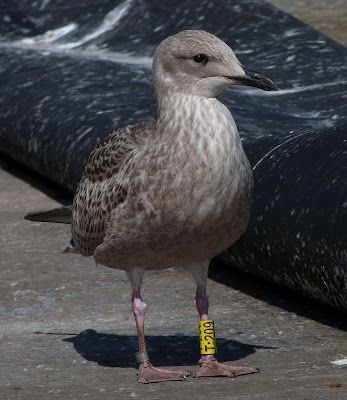 The bird that has travelled the greatest distance so far is Lesser Black-backed Gull, T:027, ringed at the end of June in the Asda car park beside Aberdeen beach. It was caught by hand after it was chased inside a shopping trolley! 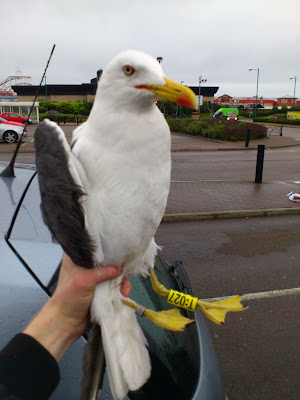 It was then sighted in September at El Puerto de Santa Maria in the south of Spain. It was resighted several times into November. We only colour ringed seven Lesser Black-backed Gulls this summer, so we were very pleased to get such a good movement out of one of them. 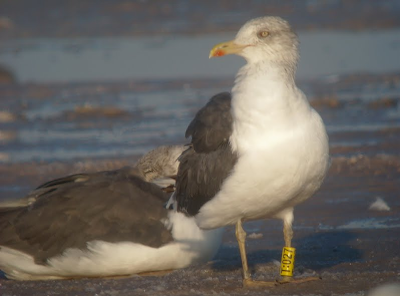 Similarly, we have also only colour ringed seven Great Black-backed Gulls so far, yet we've still had one venture abroad! T:007 was ringed on boxing day at Peterhead Harbour, and seen four days later in St. Peter Ording, Germany! 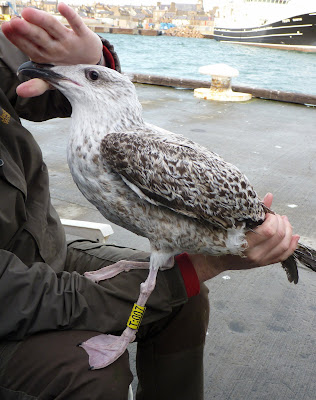 A nice surprise this summer was managing to colour ring a Glaucous Gull at the Ugie Estuary, Peterhead on the 3rd August. We heard nothing at all about this birds whereabouts until it was seen at Boldon Flats, Durham on 23rd December. Few Glaucous Gulls have been ringed in the UK, so it will be interesting to see where this bird turns up next. 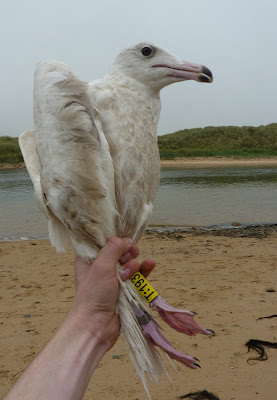 Thank you to all observers and photographers. Please check all Gulls you see for colour rings, all our rings are yellow with the letter T followed by a colon and three numbers.

Posted by Grampian Ringing Group at 17:01 No comments: